Automation testing guide for startups - Level 1: get the most out of basic automation

We’ve prepared a short guide with essential recommendations on test automation that we created specifically for startups. We divided the guide into 3 levels:

★☆☆ Level 1: get the most out of basic automation

What will you achieve on Level 1?

After finishing this level you will run 5-10 automated tests every hour and check if your core features are working properly. You will detect production bugs with big impact on users sooner than before.

Focus on the most important features

Many companies spend endless hours on a neverending pursuit to automate everything. This leads to very costly automation that requires a whole team to create and maintain. Don’t be like these companies and keep it simple. Agile startups should start with automated testing of the most essential functionality.

👍 Rule of thumb: Usually, it just takes 5 to 10 automated tests to be sure that most users are able to achieve their goals.

What should you test? Think of your features. What percentage of users are using a particular feature? If the answer is higher than 80%, then this is a core feature. The goal of automating tests of such important features is to make sure that you can detect bugs that have a huge impact on your business as soon as possible (new user registration is for sure a core feature, but it’s a little bit more tricky to automate, which we will cover in the next episode)

When you record your first tests start with something very simple and atomic. Atomic means that the test is small, independent and checks just one thing.

A good idea is to start with testing the basic navigation of your landing page. Click “record” and create a test that just clicks one item of your navigation link in the menu. Add assertion for some text in a heading. Finish the test and run it. Awesome! You’ve created your first automated test that touches the most essential area of your business! 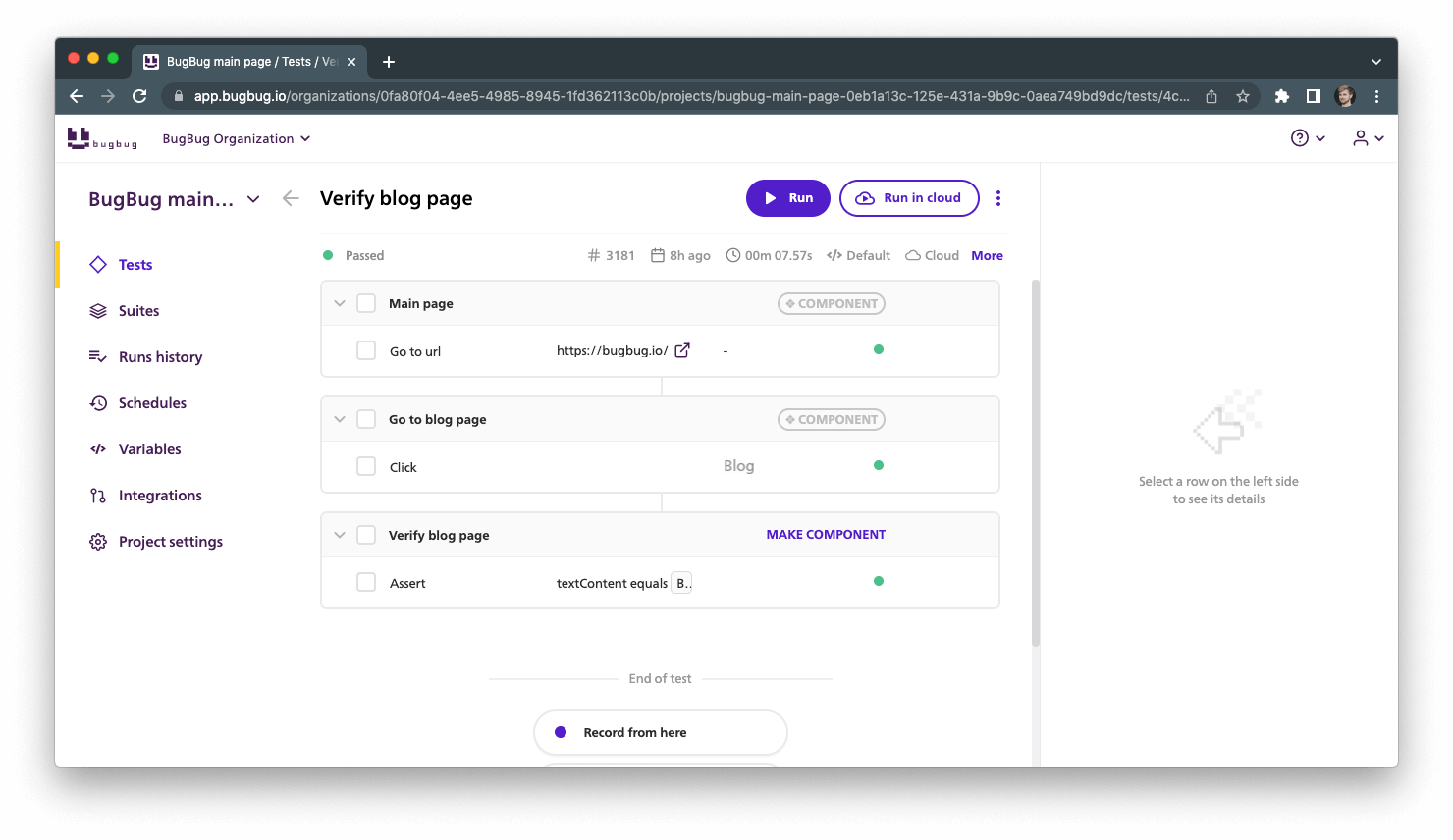 Now create a separate test for each navigation link. Here are screenshots of how BugBug team set up their landing page tests. 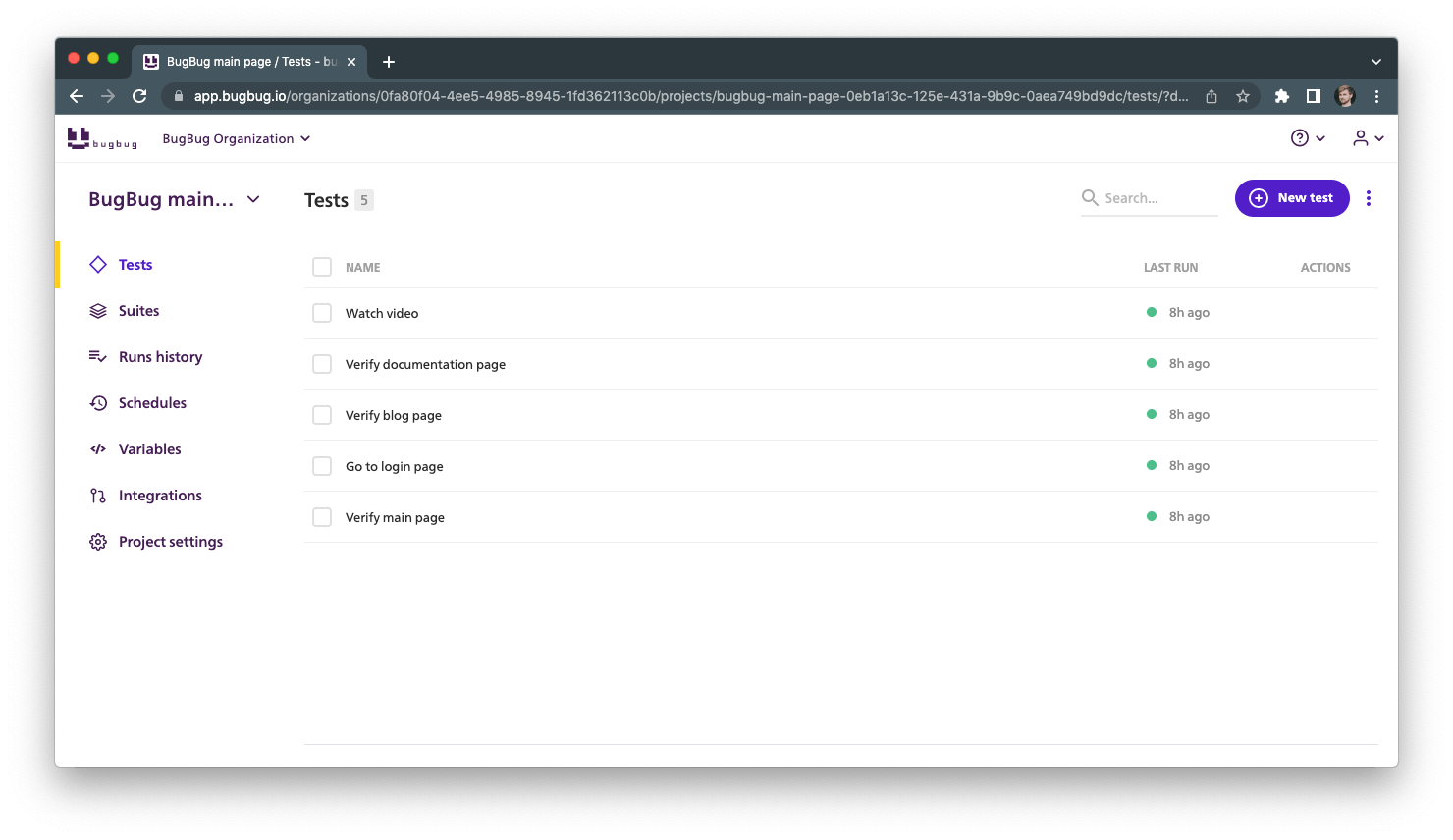 If your website navigation appears on hover, you need to tell BugBug that you want to record a mouse moving to a specific element. To do this you need to click “Hover” during the recording and then click an element. When running the test, BugBug will move the mouse cursor to this element. 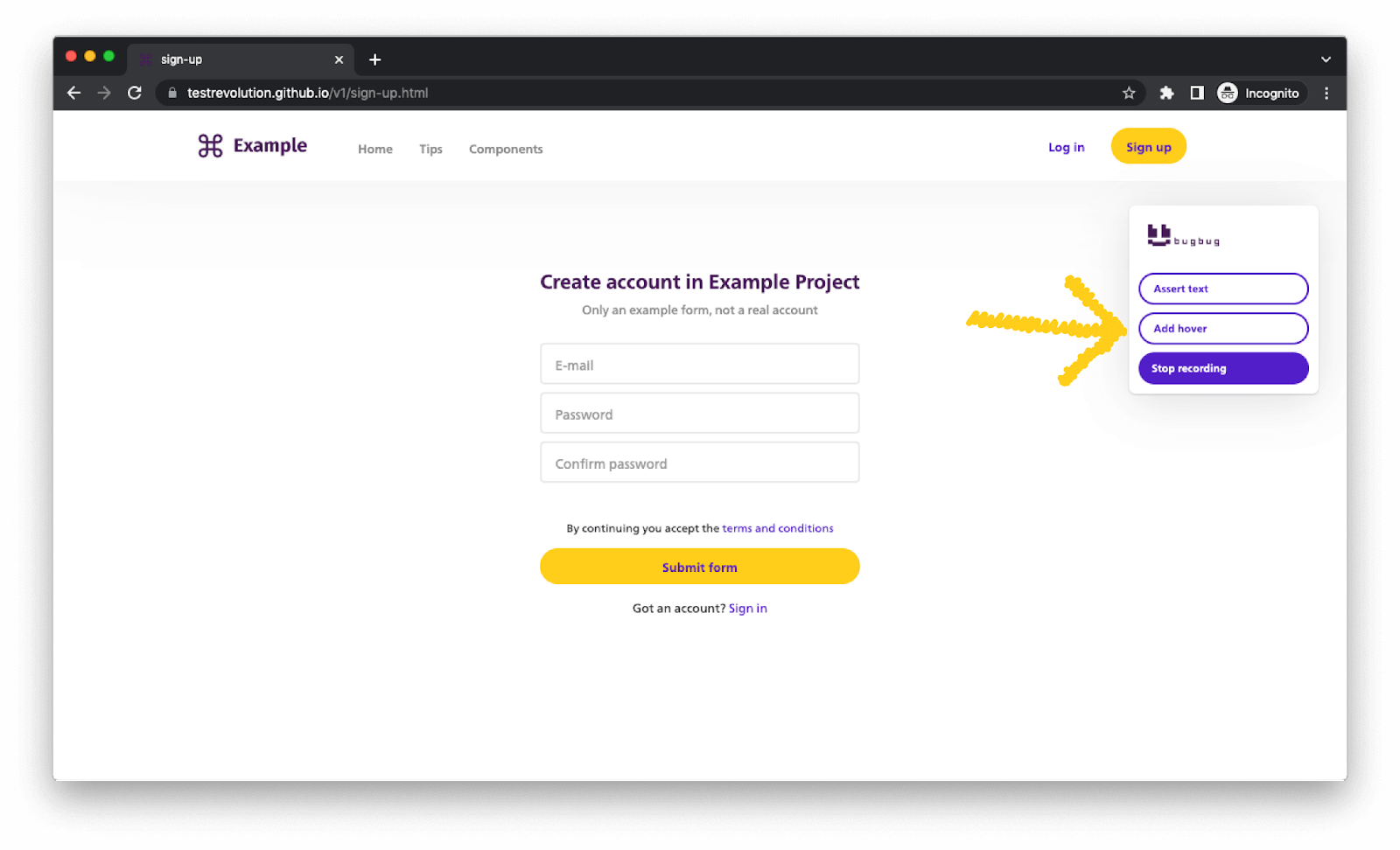 Another idea is to test if login works. Create a separate test that only checks that one thing.

You might be tempted to test other features in the same test, but don’t do this now. We want to be sure that the login test is atomic and independent from other features.

Schedule all tests to run every hour

With BugBug you just need a couple of clicks to start running the tests every hour. Just go to “Schedules”, select the “Hourly” one and add “All tests”. 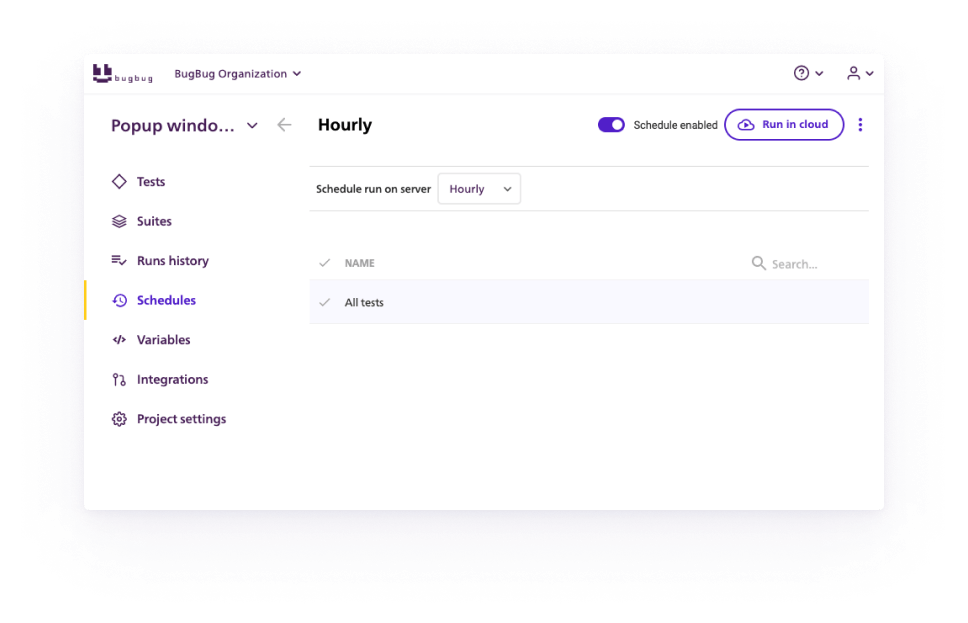 That’s it, now you will start getting emails every hour with the results of your test automation. Tip: create a filter on your email account so that you avoid inbox clutter or configure notifications to only get an email on failures. 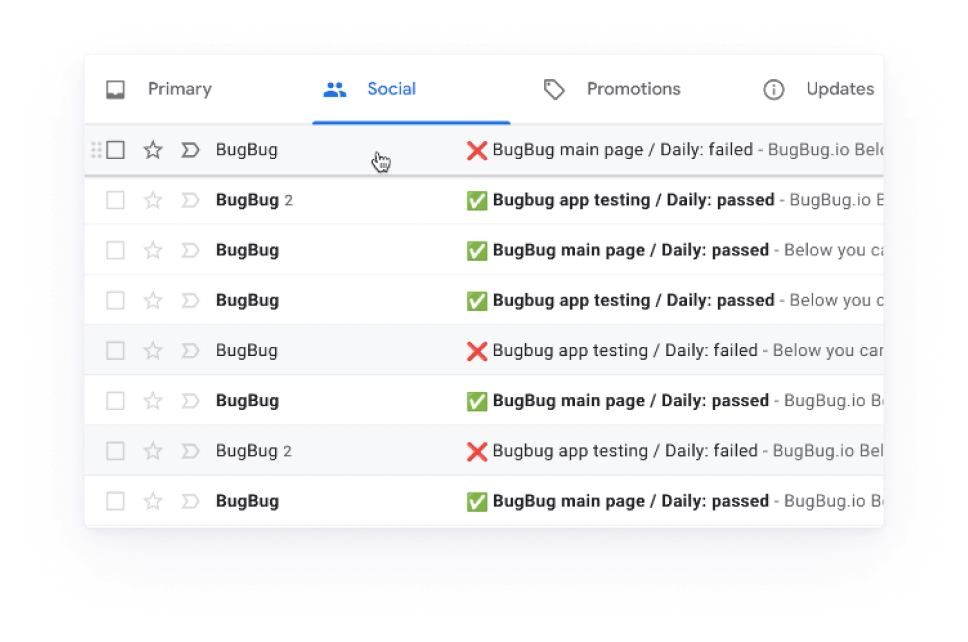 You’ve successfully created test automation that monitors your production! Now keep adding more short tests one by one. Don’t forget to focus on being cost-effective - if you have trouble automating a use case, skip it and go to the next one or find a different way of checking if it works. And remember: you can always ask BugBug support to help you with any troubles.

Read next: next level guide on how to easily maintain hundreds of automated tests